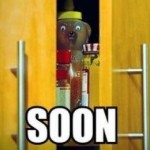 So what am I doing lately? First and foremost, network issues are being addressed. From lessons learned, networking is being redone, which should boost responsiveness and connection quality significantly globally. Second, map will include zoom, nearby human players and recent action events. Thirdly, more ships. Thanks to incredible feedback from some, at least 5 new ship classes are coming into play. Fourth, players will be able to invest gold in town defence and build shooting towers. Such cities are not likely to be conquered by one player alone. Other small changes will include sail speed, account sync on multiple devices, moniker changes, some help  and ofc. performance and bug fixes. Oh yes, and some mythical islands may also appear from time to time. :)